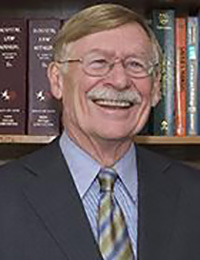 George W. Shadoan is a graduate of the University of Kentucky College of Law, earned his LLB in 1960. He was then awarded the E. Barrett Prettyman Fellowship in Trial Advocacy. Upon completion of the Fellowship, and earning his LLM in 1961, George became director of the fellowship programs, at which time he edited and co-authored Law and Tactics in Federal Criminal Cases (1964) and started the Regional Criminal Practice Institute. He has concentrated his practice in the trial of Plaintiff’s medical malpractice, serious personal injury and wrongful death cases, as well as commercial and business litigation. He has been listed in Best Lawyers in America in all of its editions.

George is Past President of the Inner Circle of Advocates, an organization of courtroom warriors that limits its membership to 100 of the best personal injury lawyers in the nation who have demonstrated their expertise by achieving multiple million dollar awards for their clients; Trial Lawyers for Public Justice, and the Maryland Trial Lawyers Association. He has served as a member of the Board of Governors and the Home Office and Budget Committee of the Association of Trial Lawyers of America and as Chair of ATLA’s Ethics Committee.

George was an Associate Professor of Law at Georgetown University full time from 1961 to 1963 and part-time from 1963 to 1965. He has been in the private practice of law in Rockville, Maryland, since 1964. He was selected the D.C. Bar Association “Young Lawyer of the Year” in 1964 and the “Trial Lawyer of the Year” by the Association of Plaintiffs’ Trial Attorneys in 1974. For several years, George held the record for the highest verdicts obtained in Maryland, D.C. and Virginia. He served as a member of the Maryland Governor’s Commission on Medical Malpractice Insurance in 1983 and 1985. He chaired the Maryland State Bar Association’s standing subcommittee on Civil Pattern Jury Instructions since 1984 until 2008. George was elected to membership in the International Academy of Trial Lawyers in 1990, limited to 500 Fellows in the U.S., the American Law Institute in 1992, and as a fellow of the American Bar Foundation in 1992. George is the author of numerous legal articles and book reviews and is the editor and co-author of the following books: Maryland Tort Damages (1979, 1985, 1990, 1994, 2000 and 2006 editions); Maryland Civil Pattern Jury Instructions (1993, 2002 editions).

George has received an outstanding service award for his contribution to public justice from the Trial Lawyers for Public Justice and has been selected as outstanding trial lawyer of the year by the District of Columbia Trial Lawyers Association.

George has been involved in several cases involving precedent-setting Court decisions and other matters, including:

Get your questions answered. We will give you a FREE, honest assessment of your case and explain your legal options. 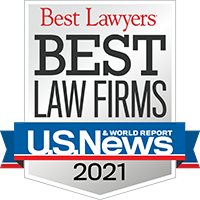